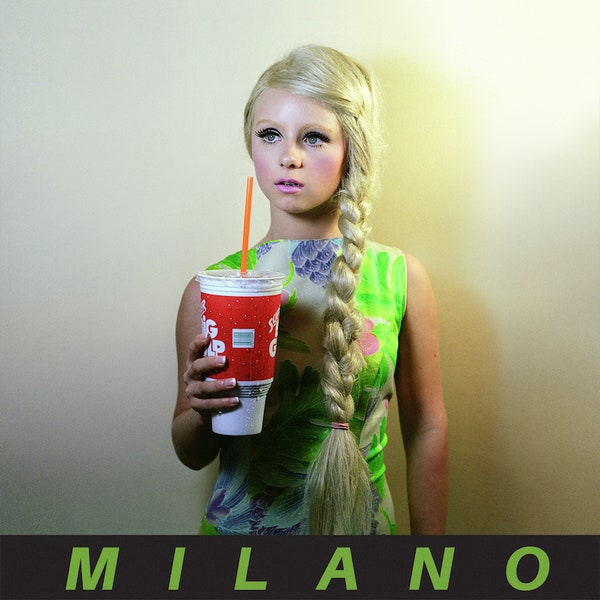 Milano is an album by Italian composer Daniele Luppi. On the album, he collaborates with Parquet Courts as well as a post-punk album that features Karen O. Milano is an excellent follow up to Daniele Luppi’s 2011 album, Rome, in which he had collaborated with Danger Mouse. Daniele Luppi isn’t very famous, but his most popular work is the composition of “Crazy” for Gnarls Barkley.

Daniele Luppi’s work on Milano is fantastic. The first track of the album, Soul and Cigarette, starts with a beautiful melody that feels like it has been played on bells prior to becoming a slow song with Parquet Courts’ sound signature.

All songs featuring Savage act as a straightforward song by Parquet Courts, with some additional instrumentation. Daniele Luppi’s decision to include a saxophone with no meter or apparent melody on most of the songs in the album incorporates a cacophony that reminds you of free-form jazz. The instrumentation by Parquet Courts significantly compliments the saxophone by blending a beautiful post-punk sound, resulting in an original set of tracks that can be clearly distinguished from most of Parquet Courts’ previous works. As the songs become more frenetic, Parquet Courts capture a suspended, anxious feeling through their fantastic instrumentation.

The initial indication that Milano will feature more than the relaxed post-punk vibe that characterizes “Human Performance “–one of Parquet Courts albums–is when Tulisa plays. Karen O sings in an energetic and fast track about the model Talisa Soto.

“Memphis Blues Again” is Savage’s standout track as a singer. The track references Bob Dylan’s song, and a unique style of art is denounced by the narrator. Savage refers to the Memphis group, a design institution that derives its name from the track and is known for a postmodern, minimalistic style of furniture unique to the 1980s. The institution’s name is also derived from the Bob Dylan track.

Savage and Karen O only share vocal responsibilities on the song “Pretty Prizes”, in which the duo trades back and forth on the chorus. The transition between Savage and Karen O works beautifully, and the decision to let the duo appear together only once creates a unique feature on Milano.

The album climaxes and winds up in its final song, “Cafe Flesh”. The track is entirely instrumental, and the discordant energy featured in their proceeding 8 songs finds catharsis in a free form, cacophonous song, where an energetic and wandering saxophone is the centerpiece.

Although in a traditional sense Daniele Luppi does not appear on the record, his arrangements result in a cohesive album that has consistent motif and style. They descend into an ordinance, saxophone, bells, and synths beautifully complement the fantastic use of instrumentation.

The release of Milano was a great surprise to its listeners as well as itself. It finds experimental and fun paths for a 2017 post-punk album while leaving some hints of what you should expect next.

Featuring Norah Jones and Jack White and producer Danger Mouse, Daniele Luppi previous project “Rome” was composed as a love letter to Italian producers such as Riz Ortolani Luis Bacalov, and Piero Picconi, and Ennio Morricone, as well as spaghetti westerns and movie soundtracks of the 60s and 70s.

The Tracks – Perfect Chemistry of the Artists →